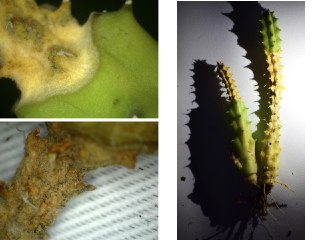 On the 27th of April 2021, Hangar will present an initiative linked to Hac Te project, oriented to disseminate, promote and emphasize interrelationships between different artistic, philosophical, scientific or technologic communities.

This first event will share experiences and thoughts about the practices of art and science in times of a pandemic. It is in this context of epidemiological crisis and sovereignty that uncertainty and systemic inequality are more contemporary than ever in our societies.

The event is part of the European project BioFriction led by Hangar and linked to monographic 27 of the journal Artnodes . All of them are in the context of the development of the project Hac Te in Barcelona.

Lluís Nacenta: is a professor, writer and curator in the fields of music and contemporary art. Degree in Mathematics and Music (piano), Master’s Degree in Comparative Studies in Literature, Art and Philosophy and Doctor of Humanities, with a PhD thesis about musical repetition, his research proposes a philosophical perspective on the sonic arts. He has published numerous articles in digital and paper publications, such as Cultura/s de La Vanguardia and Nativa, and has curated exhibitions and concerts for Sónar+D, Arts Santa Mònica, Centre de Cultura Contemporància de Barcelona (CCCB) and Fundació Antoni Tàpies, among others.

Mayra Citlalli Rojo is a Mexican artist, interdisciplinary researcher and curator in visual arts and body discourses (gender and race), design and textile innovation research. She has received honorary mentions for doctoral and master final dissertations. She developed postdoctoral research about bacterial cellulose for textile and design. As an artist, she was selected the first artist woman in the resident Air-Montreux, Switzerland (2019). She and the Mexican performer Víctor Martínez developed Laboratory of actions in Public Space (Berlin, 2019). She currently develops the curatorial research Monstruas: teratology of the feminine. She was invited as a curator in the Project Traslados in Santiago de Chile under the topic collective curatorships and migration (2016). Among her papers, stands out The monster as a figure of an economy of the destruction of form in contemporary art: Cabeça do avesso de Lia Menna Barreto.

Erich Berger is an artist, curator and cultural worker based in Helsinki, Finland. His focus is on the intersection of art, science and technology with a critical take on how they transform society and the world at large. Throughout his practice, he has explored the materiality of information, and information and technology as artistic material. Berger’s current interest in issues of deep time and hybrid ecology led him to work with geological processes, radiogenic phenomena and their sociopolitical implications in the here and now. He moves between visual arts and science in an area which he also investigates and develops as director of the Bioart Society in Helsinki. His installations, performances and interfaces are exhibited widely and he has received awards from renowned institutions such as Prix Ars Electronica (AT), ZKM (DE), Vida Telefonica (ES), Files Prix (BR) and Arts at CERN (CH).

Laura Benítez is a researcher and independent curator with a P.h.D. in Philosophy“. Her current research focuses on Bioart, Biohacking, processes of bio-resistance, bio-civil disobedience and non-human agents. She is an area director and lecturer in Critical and Cultural Studies at the Ars and Design degree (Massana School),  lecturer in Technology and Desing (Elisava) and collaborated teacher in the master of Philosophy for contemporary challenges (UOC). She has been a guest researcher at the Ars Electronica Centre and at the MACBA’s documentation centre. She has been invited as a visiting lecturer and guest researcher at different international institutions such as Interface Cultures Kunstuniersität Linz, Sónar Festival (Bcn/Hong Kong), the Royal Academy of Arts London or the University of Puerto Rico. She works as a collaborator in Hangar. Recent theoretical publications: The return of the monster: Subversive power, (Exotopías Magazine, Mexico, 2019), Zombi, Zumbi, Zombie: The sound of the multitude, (Utopía Magazine, España, 2019).

Anouchka Skoudy, P.h.D. in Biology, has been working in biomedical research for almost twenty years. She has led scientific projects related to cell and molecular biology, specifically in the area of embryonic stem cell differentiation and pancreatic cancer. Early she became interested in the procedures of scientific dissemination and gradually to the way art and science are linked. By deconstructing a classical academic pathway of learning, she explored this field sharing experiences with other people at several levels from primary schools to artistic institutions. She paid particular attention to the different abilities and methods to proceed to the unknown and how the context influences this approach. Recently, she has collaborated with the European project Biofriction as a scientist advisor, assisting the artists both at the conceptual and practical levels. She has been a researcher at Hospital del Mar Medical Research Institute (IMIM), Barcelona Biomedical Research Park.

The event can be followed presentially or online by registering  here

The link for the streaming is available here

Link video of the meeting is available here