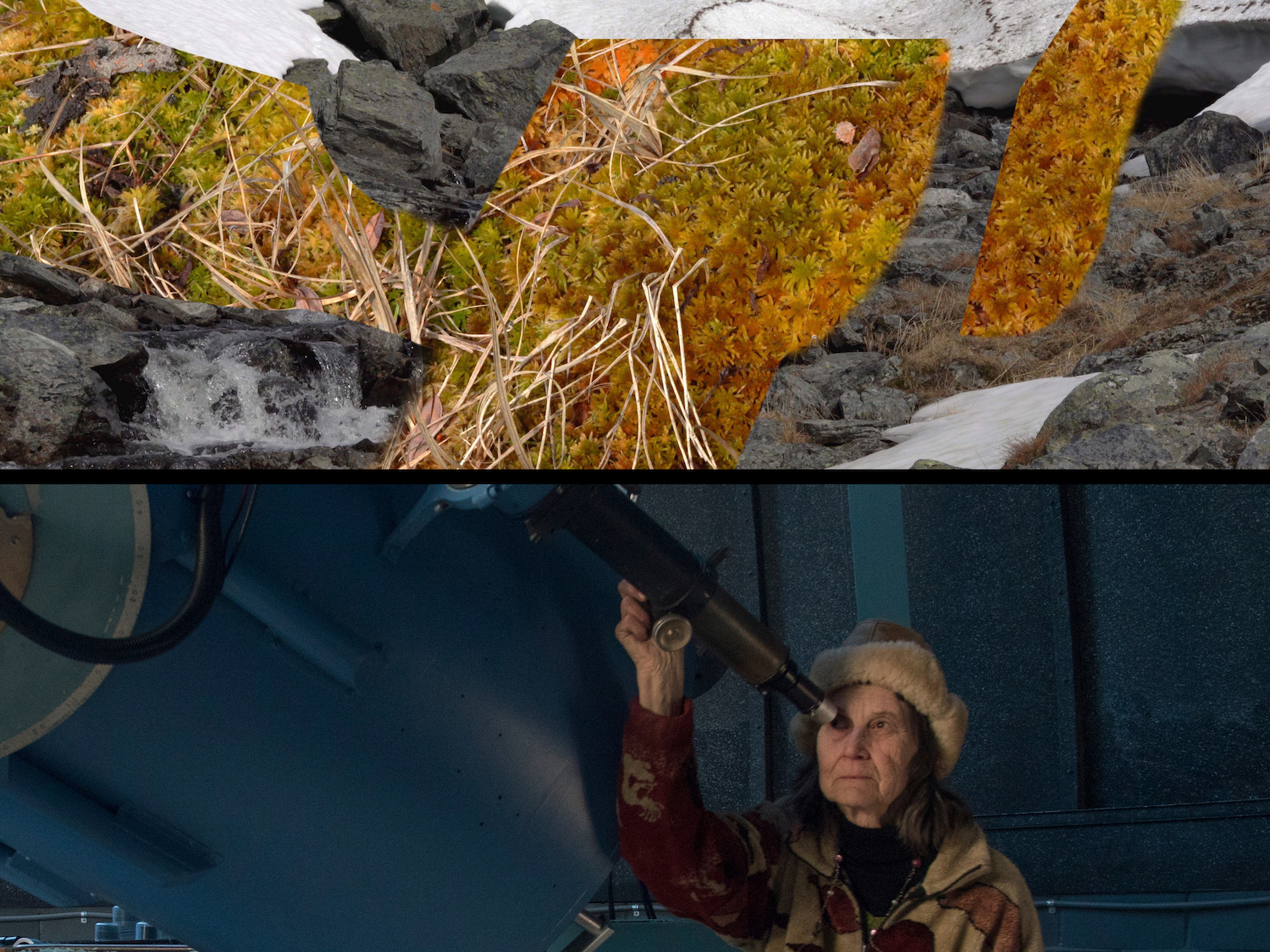 Artists Minna Långström and Leah Beeferman have in their previous artistic and academic work both dealt, in various ways, with scientific images and how they relate to cultural ideas surrounding the concept of image.

In their Photosonic Landscapes in Color exhibition, both artists present new experimental works. They explore images as scientific tools, or as other forms of information, and as physical entities consisting of pixels or pigment grains correlating to a physical object sensitive to light.

Minna Långström’s video installation Photosphere is a meditation on the materiality and other aspects of the work of a solar astronomer, Sara Martin, who works out of her garden in Pasadena, California. Surrounded by lemon trees, and with the San Gabriel Mountains in the background, she operates her telescope during sunlight hours and records films and timelapse videos to use as her research material. Before the paradigm switch to digital video, 16 – and 35 mm film was used by solar astronomers for studying the sun. “The developed films were delivered about once a week. We had a viewing room that could be completely darkened, and equipped with 16-mm and 35-mm projectors where I spent hours studying the time-lapse films and making notes about what could be seen, measured, and analyzed.” Martin mentions that in the past the films were developed in the same darkrooms that the film industry used.

Photosphere aims to reflect on specifically the usage of the film within this type of research, the images of the sun that Martin has recorded, and the principles involved behind these kinds of scientific images in relation to other usages of film. The installation plays with the notion of colour as an aesthetic, phenomenological and scientific value. The concept of true colour isn’t of much use for astronomers, geologists or astrobiologists, while the notion of false colour will deliver new knowledge. This manipulation of photographic material is deeply connected to how our eyes perceive the world, as it extends the vision beyond what is possible with the unaided eye.

Långström’s recent film The Other Side of Mars explores the epistemology of Martian photography, documenting the work of several Mars scientists and engineers on NASA’s Mars missions. While filming at the Jet Propulsion Laboratory and neighbouring observatories in Pasadena, the film team met Sara Martin as she gave them filming access to the Stony Ridge observatory. Långström later visited Martin and herself filmed an interview with Martin in her garden, as Martin’s own work seemed fascinating and her workspace enticing. Two years later, during the fall 2019, after a screening of The Other Side of Mars at a film festival in the Czech Republic, a solar astronomer approached Minna Långström and asked how she knew Sara Martin, who’s name had appeared in the film’s end titles. It became evident that Sara Martin’s research is well known within the solar astronomy community and her discovery regarding the so-called chirality of solar filaments are “part of text book teaching”. Martin’s biography has recently been published and is presented in addition to the artistic research material of the exhibition.

Leah Beeferman shot The Elements during her third visit to Kilpisjärvi, northern Finland, in June 2019 – when the sun doesn’t set. The video, with voiceover text she wrote and read, explores what it means to observe and measure a landscape. What is an observation, and what does it mean to measure? The Elements builds an experience of Kilpisjärvi from several juxtapositions: layered images, offering multiple views of the landscape at once; contrasting poetic language with numerical/scientific description; and considering Kilpisjärvi’s wind and weather alongside data about wind and weather in outer space. How do we express what we measure, in images or in words? What is an image, when all experiences – regardless of their source – end up as pictures in our minds?